The scheme provides large interlinking classrooms with excellent natural light and a playground area on a relatively small site.

The site was previously an unused Petrol Station and as such required considerable care over possible contamination.

The Nursery has been designed to complement the existing buildings by incorporating some of the important features. These include the roof design which consists of hipped pitched roofs. Another feature included in the design is the projecting bay with a pitched roof which contains the stair. This feature is used to bind the building, marking the entrance. The overall form of the building consists of clear elements which are easily distinguishable. This approach reinforces the character of the building as having proportions similar to the neighbouring houses. The form of the building also allows the corner to present windows on both the Friern Barnet Road elevation and Hartland elevation without being out of scale.

The materials echo the use of brick and render used on the neighbouring properties albeit by use of more modern cladding. The window openings are generally of a domestic size and appearance, with the larger windows to the principle classrooms. 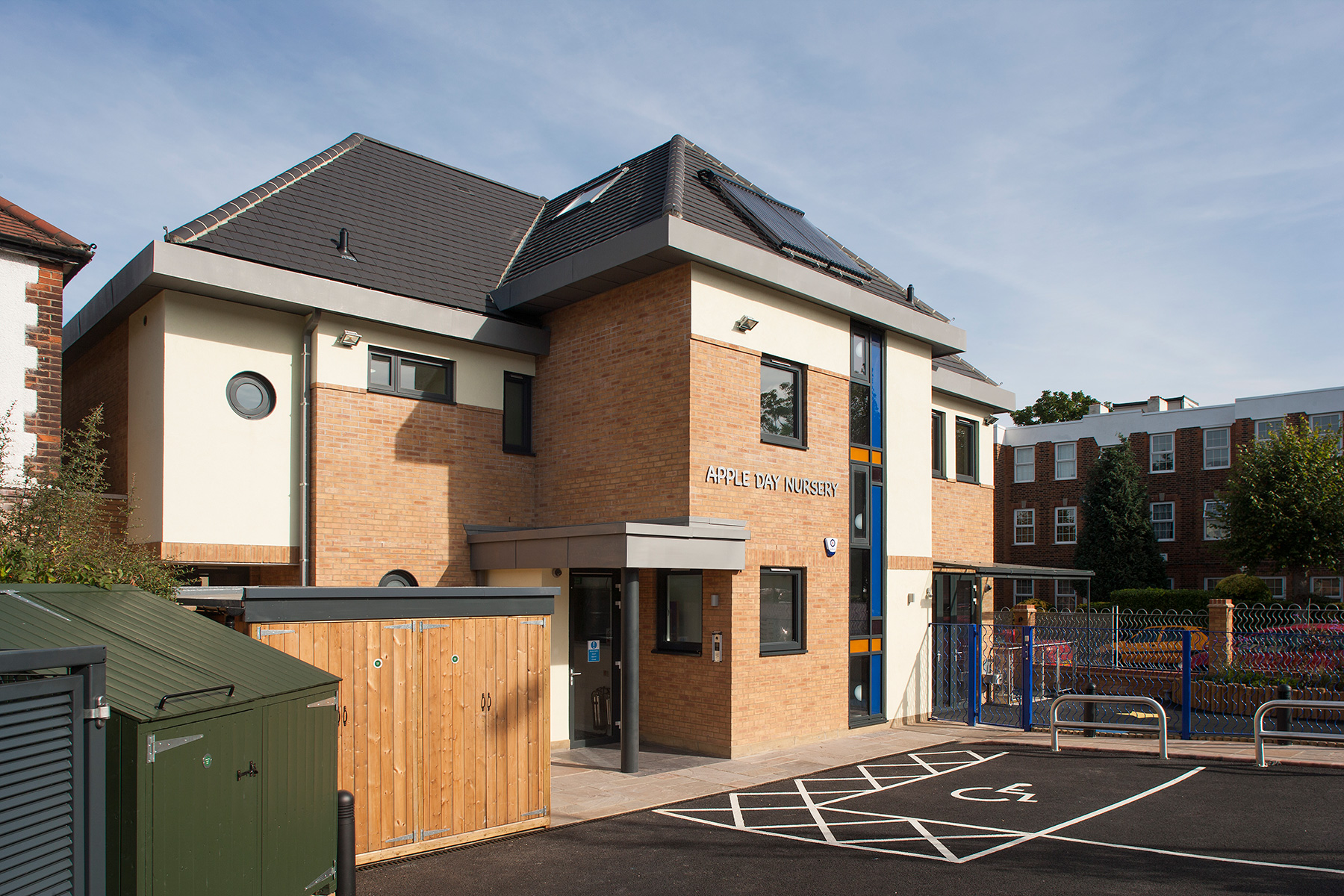 New build Nursery over four floors including basement to accommodate 89 children and 30 staff.

SCROLL DOWN TO VIEW FULL GALLERY

GET IN TOUCH
We use cookies to ensure that we give you the best experience on our website. If you continue to use this site we will assume that you consent to their useOK